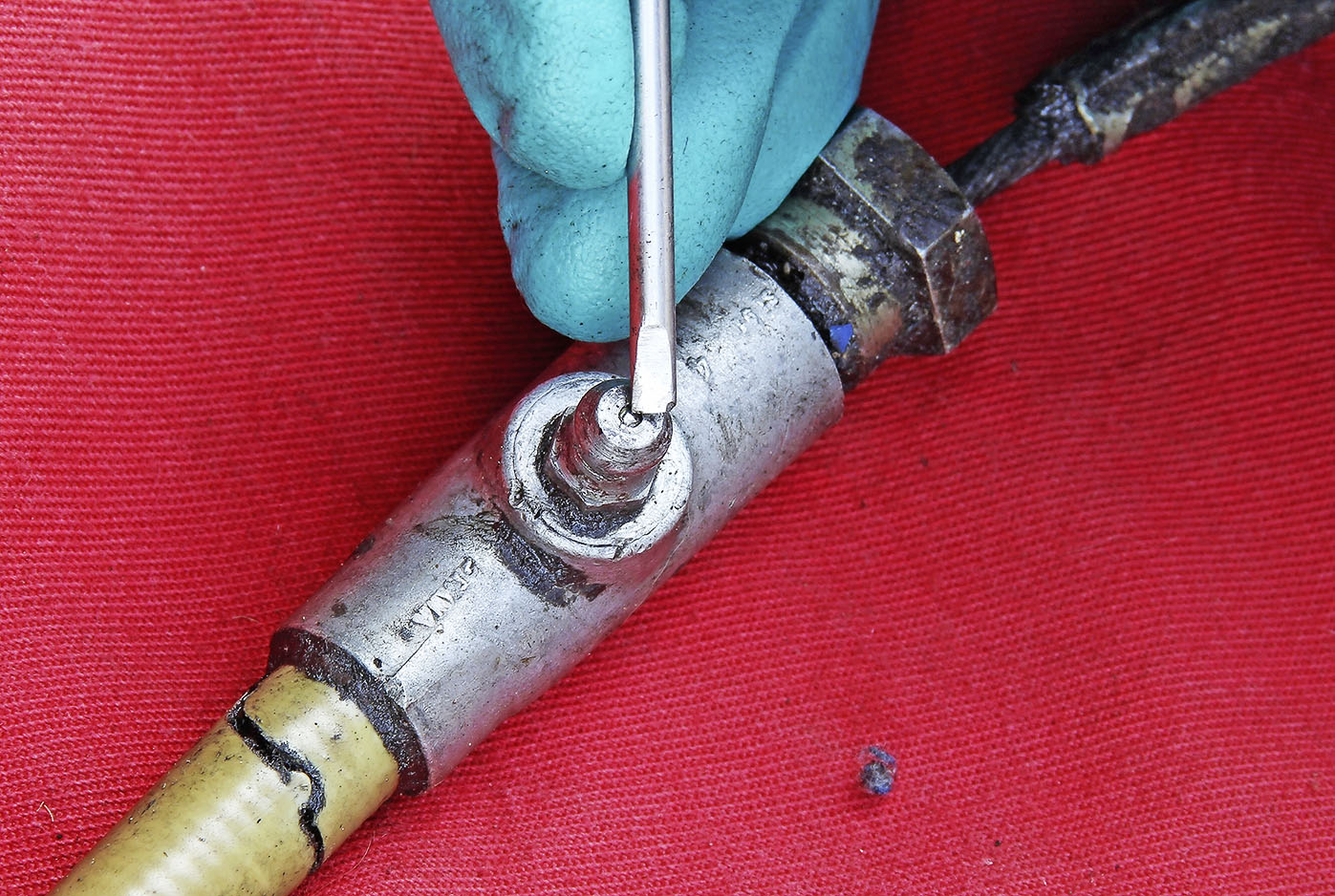 Most nipples are a standard size and a standard grease gun fitting should do for all of them. If you can’t get any grease into a joint, there are a number of steps you can take.

First, clean the nipple with a petrol-soaked rag to remove old grease and dirt. Probe the spring-loaded steel ball which seals the nipple. Use the corner of the tip of a small screwdriver to push it in a little. This done, try to pump in grease. If you still have no joy, unscrew the nipple and either replace it with a new one (they’re usually standard imperial or metric threads) or soak it in petrol and clean it out.

While it’s out, look inside the hole. If you see sticky grease, you’re in luck. Refit the nipple and try greasing it again.

If you see only chalky or solid deposits, you’ll have to dismantle the joint and clean it out. Reassemble it with a smear of grease, then use the grease gun to fill the joint up after refitting to the car.

If the joint is heavily corroded inside, it will probably require replacement. The corrosion will have pitted the rubbing surfaces and the loose rust will have worn or scored them as the joint has rotated. There will be excess play when reassembled, and no amount of grease will pack it out.

The correct way to lubricate is to add grease until it comes out of the ends of a non-sealed joint. Leave a ring of grease around the joint after finishing to act as a dirt-guard. Leave a blob of grease on the nipple end for the same reason. If a joint is a sealed type, gently add just a few pumps of grease or the rubber seal will be blown out.

Use LM2 lithium grease or CV joint grease for most applications. Some manufacturers specify gear oil, not grease, for kingpins, universal joints and trunnions. Use the grade specified in the manual, but always GL4 specification rather than GL5. Semi-liquid red grease is a reasonable substitute for either, but will need more frequent replenishment than normal grease. Oil or semi-liquid grease may sometimes be forced in where a crusty joint won’t accept normal grease – but you should strip and clean it as soon as practicable to avoid further damage.

2 Responses to “How to Grease Your Nipples”