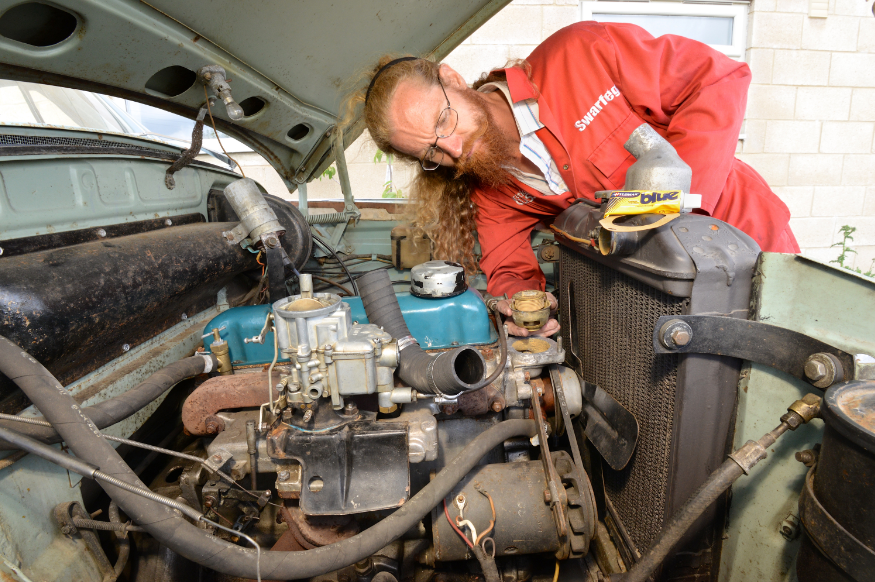 There are many ‘sticking plaster’ solutions often applied to an overheating classic. However, in truth, auxiliary fans and special coolants should seldom, if ever, be necessary if a standard engine and standard cooling system are in good condition. Overheating is the result of an underlying problem.

First, check that the engine’s correctly set-up. If it’s running inefficiently, it will produce more heat than even a tip-top cooling system can cope with. Set the points gap, ignition timing and valve clearances to the ‘book’ figures, then adjust the carburettors correctly. Test-drive the car and see if small improvements in performance can be made by fractionally adjusting the ignition timing or carburettors. An engine that’s performing well is running at maximum efficiency and generating a minimum of surplus heat.

Try substituting the coil or condenser, too, if you have spares: a weak spark may not always lead to obvious defects, but the improvement can sometimes be quite surprising, even if nothing appeared to be wrong in the first place.

With the engine running correctly, turn your attention to the cooling system. Drain the coolant and replace it with water. Let the water out (hot) every time you return home and repeat until it runs perfectly clear. This may take a number of weeks in severe cases. Don’t refill until the engine’s cooled. You can add a coolant flushing compound in the early stages, if you wish.

Remove and back-flush the radiator. If you can see down the tubes with the radiator cap removed, this will give you an idea of whether it’s substantially blocked. A further indication is the appearance of random hot and cold patches when hand-feeling the hot radiator. It can be cleared manually after unsoldering the top or bottom tank, but if the external fins are damaged it may be better to have it re-cored or simply replace it. Make sure you can see through the fins: if they’ve become oily at some stage, they’ll build up a thick, insulating layer of dirt which prevents both free airflow and efficient heat transfer.

Change the thermostat. Not only is the opening temperature important, but also the maximum height to which the valve opens. This gradually diminishes as the wax compound leaks out over time. If the radiator is uniformly lukewarm or cold when the engine’s hot, the thermostat’s the prime suspect. Make sure the fan’s blowing the right way. It should be pulling cold air from in front of the car and blowing warm air into the engine compartment. Reverse the wires of an electric fan. If it’s a fixed fan, you’ll need a new one, as turning it round won’t reverse the airflow. If it’s a viscous fan, make sure it’s working properly. Most types freewheel lazily when cold and rotate powerfully when hot. Electric fan switches can become faulty, or the connectors corrode or come loose. Also, they won’t turn the fan on if the water in the radiator isn’t hot. Often, a head gasket leak disrupts coolant flow in such a way that the engine boils without the fan ever switching on. One last thing: is the exhaust partially blocked? Listen for hissing at the joints and a restful silence at the tailpipe.

One Response to “How to Cure Overheating”