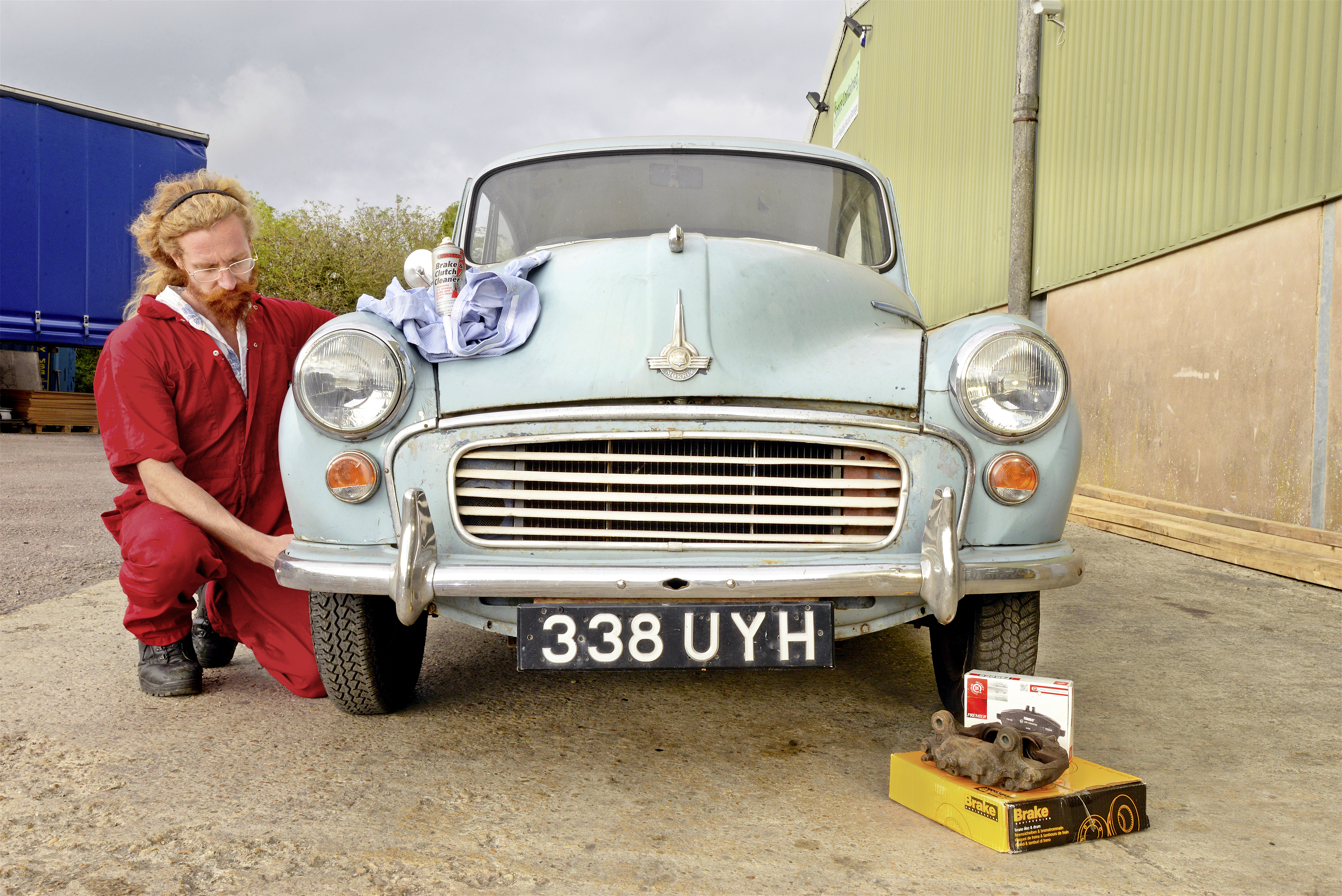 One of the best ways to preserve classic car brakes is to use the car on a regular basis. Mechanisms move around, cylinders scrape themselves clean, friction surfaces de-rust themselves and the system warms up, which drives out moisture. Dormancy leads to a raft of problems: be sure to take the wheels off and inspect the brakes before driving off after a winter layup.

Classic car brake defects will often be obvious in normal driving, but sometimes the problem won’t reveal itself until they’re applied urgently. One check you should carry out from time to time is to apply the brakes heavily at 20mph. Choose an empty, straight and level road. Hold the steering wheel lightly in such a way that it’s free to move, but you can arrest it if it does anything dramatic. The car should pull up promptly and in a straight line. Preferably none of the wheels should lock – though this will depend on the tyres, road surface and weather conditions. Certainly no one wheel or axle should lock considerably earlier than the rest.

If one wheel locks, it’s usually because its opposite number on the same axle isn’t doing much. Maybe the cylinder has seized or the friction material is wet with brake fluid, oil or grease? If its opposite number is faultless, examine the wheel that locked for tiny traces of leaked oil or fluid. Contaminated pads or shoes or oil-soaked friction materials which have been dried out and reused have an ‘off-on’ braking action with not much in between. Decontaminate the drums or discs and replace the friction material. If the car slews to one side, it’ll pull to the side with the better (or more severe) braking. If the steering wheel tries to turn itself, look at the front brakes – if it doesn’t, suspect the rears. If the front axle locks up prematurely, check the pressure regulator of the rear brakes, if fitted. It’ll either maladjusted or seized. If the rear axle locks first, then again start by checking the regulator. If it’s fine, then the front brakes probably aren’t pulling their weight.

An easy classic car brake check that can be done on a weekly basis is to hand-feel the wheels after a journey. Apply the back of your fingers to the wheel near the centre. After a normal run, all four brakes should be the same temperature. After more vigorous use, the front brakes will normally be hotter than the rears – but there should be no temperature difference between wheels on the same axle.

To check the system for correct sealing, press the pedal down hard for 30 seconds with the car stationary. If it sinks, look for an external leak. If it passes this test, release it and press it very lightly. If it now sinks gently, the internal seals of the master cylinder are defective. Strip and inspect it. You may get away with a new seal set – but there’s a good chance the cylinder bore will be pitted.

Finally, check the servo. Stop the engine and press the pedal repeatedly until it becomes firm. Restart the engine and the pedal should react – usually, though not always, by sinking. With the engine at idle, clamp or fold the vacuum hose near the inlet manifold. If the engine speed changes, the hose or servo is leaking air. Remote servos can fill with brake fluid if the hydraulic seals are worn. Puffs of white smoke from the exhaust when pressing or releasing the pedal are a telltale sign.

2 Responses to “How to Check Classic Car Brakes”